Below, please find a NYT report about the most recent ruling on Pier 55: 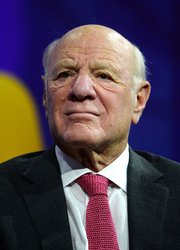 Barry Diller and the Hudson River Park Trust won another legal battle in their quest to build a cultural park on a new undulating pier on the Hudson River when the state’s Appellate Division on Thursday rejected arguments against the $200 million project.

The City Club and other critics filed three lawsuits last year arguing that the proposal to build Pier 55, as the project is known, was the result of a “secretive process” devised to evade public scrutiny. The new 2.4-acre pier, they said, had the potential to do irreparable harm to the aquatic environment.

The two sides in the case made their oral arguments before the Appellate Division, First Department, on Tuesday.

The rapid decision upheld a lower-court ruling rejecting the arguments by the critics. The court ruled that the lease did not violate the public trust doctrine.

“The existing record indicates that the trust adequately considered the cumulative impacts of the Pier 55 project and the nearby Pier 57 project,” the court said, before approving the new pier.

Mr. Diller, chairman of IAC/InterActiveCorp, has agreed to take on most of the cost of building and operating the park at the foot of 13th Street, replacing a crumbling nearby pier. The city, the state and the Army Corps of Engineers have approved the project, while the trust completed a lease with Pier 55 Inc., a nonprofit that Mr. Diller and his family foundation established.

Richard D. Emery, the lawyer representing the opponents, said he was disappointed in the decision and would immediately ask the state’s highest court, the Court of Appeals, to hear the case. The opponents also have a lawsuit in federal court seeking to overturn the project’s approval by the Corps of Engineers. Their third lawsuit, against the State Department of Environmental Conservation, is in State Supreme Court in Albany.

“The notion that a project of such enormous proportions in a legislatively protected water sanctuary could be rubber-stamped in this perfunctory way degrades all the environmental protections the public deserves, even if they call it a park,” Mr. Emery said.

Tom Fox, a longtime advocate for the park and a plaintiff in the case, expressed frustration with the ruling. “I think this proves that government spaces are up for auction to the highest bidder,” he said. “Not even the courts will protect the public interest.”

Proponents of the project, however, were elated.

“This was a ridiculous lawsuit from the start, so we’re pleased by today’s swift and sweeping decision,” said Madelyn Wils, executive director of the Hudson River Park. “Today’s ruling marks a victory for the millions who love Hudson River Park, and we look forward to welcoming visitors to what will be one of New York’s greatest public spaces.”

Gov. Andrew M. Cuomo, a supporter of the project, said in a statement on Thursday that the decision “affirms that Hudson River Park Trust and Pier 55 Inc. appropriately assessed the environmental impacts of the project and conducted a timely, thorough review.”

“I look forward to seeing construction move forward,” the governor continued, “and realizing both the economic and recreational benefits this vital park will bring.”

Mr. Diller said he was pleased with the outcome. “I’m sure we’ll continue to be tested,” he said. “I think it’s good for the process.”

From the AIA Journal, Architect Magazine